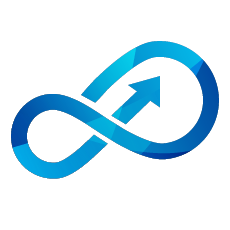 The Republic of Korea
Market: Crypto currency
Stage of the project: Prototype or product is ready

Date of last change: 14.10.2018
Startup.NetworkStartups and Investment ProjectsEcoVerseGlobal
Rating
equalizer from 2000
help
Calculated and estimated occupancy of the project (more about ratings)
My rating

EcoVerse is the first ever self-sustainable platform using AI-DPOC.
(Artificial Intelligence supported Delegated Proof of Contribution)
EcoVerse solves daily usability and universal adoption by improving transaction times, security, and interconnectivity. The goal of hundreds of thousands in real use. To create complex decentralized applications with an advanced array of templates on EcoVerse. Ecoverse supports a two coin system that answers both the need for privacy, optimal for the needs of e-commerce and a utility coin growing in value.

We at EcoVerse™ finished writing the whitepaper. We are currently working on designing the main-net architecture and its wallet.

The project team believes in that four major problems exist with blockchain technologies proposed up to this day as follows:
First, the traditional crypto-currency is not routinely usable due to excessive volatility. Ordinary person cannot use a crypto-currency on his / her daily activity.
Second, the blockchain technologies should be versatile enough to be use a variety of applications so that the implied benefits may be materialized. However, the technologies proposed and / or developed up to this day is hardly applicable except very few limited areas.
Third, most of blockchain technologies are not designed to be self-sustainable. If a blockchain adopts the long-chain rule for its fork management strategy, the attack could be done much more easily than many pundits may perceive. Not designed to be self-sustainable, they are arguably self-destructive.
Lastly, certainly not leastly, the wealth distribution measurement of the most of the consensus algorithm is in the near total inequality of which Gini coefficient is at 0.99+. Many believe the decentralization of the crypto-currencies is to make up for shortcomings of the existing political or economic centralization: the distribution of wealth has to be just and fair. Unfortunately, no blockchain technology so far has given enough attention to the distribution.
The EcoVerse™ team has solved these problems listed above in the existing Block Chain.

The first one, ECX, is pegged to a fiat currency. (Initially, it will be pegged only to US dollars, and extended later to other fiat currencies.) Therefore, this minimizes the variability of the value for daily use. We designed it convenient enough with fast confirmation time at less than 2 seconds, so that people could use it just as they use credit cards. We will initially offer the service at no transaction fees.
The second coin, ECR, is for save crypto assets as it is designed to keep its value to move upwardly. Although the price may fluctuate, its value would stay equal or greater as time goes by. The ECX is designed to guaranty privacy protection with zero knowledge proofs comply. On the contrary, the ECR is designed to comply with financial regulations such as AMR and KYC.
With the ECR, decentralized applications (dApps, hereunder) can use the currency exchanges within the platform. Each dApp can issue their own token, but if they need to exchange value with another one within the platform, they must use ECR.

The main competitors of Ecoverse™ are Ethereum and EOS platforms.

Technically, EcoVerse™ operates a two-coin system with ECX and ECR, both with different characteristics and functions. These two coins are designed to meet conflicting requirements, such as the need for anonymity and veronimity, and the need to minimize or maximize price volatility, depending on the application. The first, ECX, which is commonly referred to as a stable coin, is designed to perform as a payment function in everyday life. ECX ensures complete anonymity using a zero-knowledge proof method to ensure privacy in everyday use. In addition, we set a goal to reduce the TFT (Transaction Finalization Time) to 2 seconds in order to facilitate the use of ECX as a means of payment in everyday life. To achieve this, we want to apply a variety of technologies, including the sharding and the Raiden Network techniques. Our second coin, ECR, is the utility coin to provide visibility through user verification such as KYC, AML etc. established by the International Covenant.
Economically, the consensus algorithms currently used by the majority of blockchain networks are heavily weighted by wealth. Based on the Gini Coefficient, which indicates the degree of distribution inequality, it's very close to Total Inequality. For example, Bitcoin and Etherium have a Gini coefficient of 0.99. It is estimated that recent platforms, such as EOS, will exhibit a more severe level of inequality, rather than easing the weight of wealth. This bias significantly reduces the influx of new participants and ultimately drives the destruction of the platform’s ecosystem. EcoVerse™ has recognized this inequality of wealth as a very serious problem and has designed a new method of consensus algorithm called AI-DPoC (Artificial Intelligence-supported Delegated Proof of Contribution). This can solve the problem of wealth imbalances arising from traditional algorithms and the challenge of new participants' willingness to participate.
Philosophically and socio-psychologically, EcoVerse™ pursues an Ubuntu Economy. The Ubuntu philosophy, deriving from Bantu languages in South Africa, focuses on relationships and dedication among people. So with the vision of an Ubuntu Economy, the EcoVerse™ philosophies are concepts of empathy and of establishing the community for the greater good of society beyond the economic and financial gains that our platform offers.
In the business perspective, traditional decentralized applications (dApps, hereunder) had to find their own way to survive. The EcoVerse™ platform, however, has a system that supports the entire process from idea discovery to start-up, making it easy to get through the lonely and difficult ‘death valley’. It also enables dApps to easily link to each other, creating new services. Through this we will maximize the synergy and impact of the dApps.

When we receive investment funds, we will mainly use them for EcoVerse™ platform development and marketing.