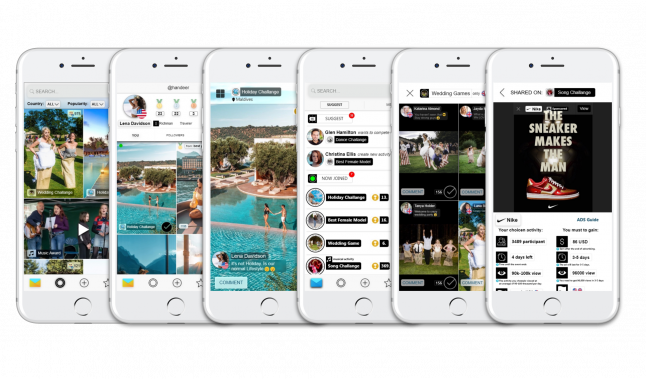 Azerbaijan
Market: Internet and IT, Information and media, Entertainment, Mobile applications
Stage of the project: Prototype or product is ready

New Social Network
Compete with friend and everyone
Making money from ADS. You do not need to be famous to make money in this system!

Currently, Adobe XD also has a ready-made prototype of the program and a deep backplane algorithm. The whole algorithm of the application has been developed and written. All the team needed to develop the application is ready. In order to identify and enrich the features of the application, all surveys on the quality of the idea were conducted, and positive responses were obtained. All the equipment needed to develop the application has been researched and listed. A profit schedule has been prepared. If you are interested in our offer, we can share this information with you. The market strategy is also planned with the help of experts. Work on a new design is underway.
By the end of 2020 (November, December) we have prepared the first beta of the program in working condition, made additions and corrections to it, prepared the full version of the program in early 2021 (expected in January) and aim to reach millions of users with a strong marketing strategy.

Social media marketing is growing rapidly. With the help of the ADS system in Winest, people will be able to easily engage in social media marketing. 73% of marketers believe that social marketing is very successful. If we pay attention, we will see that most of the ads are already shared on social media. People spend more time on social media than on TV. And it's growing. The value of social media is growing rapidly. We believe that a new social environment will interest everyone.
We also want to talk about our surveys. In a survey of about 5,000 people, people were asked whether they would use the social network or not. More than 90% of positive responses were received. Because more than 35% of people can earn money, and more than 50% are more interesting social networks than others.
A complete list of surveys and people's responses is available as a file.

What is the problem?. Let's start with making money fr om social networks. As far as I know, the only portal wh ere you can officially earn money is YouTube. On other social networks, it is not possible to make money officially. But as you know, most people make money from social networks. But, of course, the most important condition is popularity. That is, the more followers you have, the more revenue you will earn. But not everyone is so famous. Many people who are popular on social networks are already popular in real life. In other words, he has a place to earn in real life, he is a singer, a football player, an actor and so on. This means that these people do not need much income from social networks. This is the biggest problem of social networks. What will be the difference between our profit system and them?
We have put aside the traditional social income method and created our own new income strategy. This will allow people to earn money even without being famous. Our method of earning income is not based on popularity, but on proper research and strategy. Users will be able to share the ads offered to them within any activity of their choice with proper analysis. You don't have to be famous or have thousands or millions of followers to do this. Just an accurate analysis. for example, to match information such as in which country the ad is intended to be shown, from which class of people it is intended to be shown, how many views it is expected to reach, etc with data such as the number of views in the selected activity, the class of people involved. Of course, we have set certain limits. And the whole algorithm has been developed. We will create a connection between the owners of the ads and the users who will share the ads. Even advertisers (who have posted a certain number of ads) will be able to choose which users will share their next ads. All this will work with a perfectly thought-out algorithm.
We have been studying the general psychology of people for more than a year. From the reasons they spend so much time on social media to the photos they share. According to our research and surveys, the pictures that the vast majority of people share on social networks are usually the ones they try to look like the best and richest. (Of course we mean most people). It is based on human psychology, which, according to human psychology, people love to show off their wealth, strength and skills. With Winest, they can show themselves, show their strength by competing with others. On the other hand, people who are not in this psychology also think that it is ideal to have fun, to compete with relatives or to earn money by participating in contests and sharing advertisements.

There is currently no alternative to the application. Although there are similar social networks, the idea is completely different. Instagram has added a challange feature to its 'stories'. This incident did not disappoint us, nor did it discourage us. On the contrary, he encouraged us and made us happy. This is a proof of the value of the idea we have been working on for 3 years. Although Instagram adds this feature to its stories, it is much lower than we thought. This idea is not small and simple enough to be added to a story. This idea is wide and rich enough to create a new social network. We will prove it to you in the introductory part of the application and algorithm. Instagram is not a place where people compete with each other and make money. it is simply a network where photos or videos are shared. It's not just about writing the word "challange" in the story and labeling someone there. Where there is no voting, no results and no real competition spirit, there can be no competition.

1. More fun and more interesting.
2. Create a competitive spirit.
3. To better reveal people's psychological thoughts.
4. Create conditions for them to earn more money.
You do not need to be famous to make money in this system!

At Winest, people from all walks of life will join the competition and choose the winner of the day, week or month. All users of the platform will be able to vote. And so the winner will be known as a result of everyone's vote. Everyone will join the competition to win and show their existence and do their best to win..
Our mission is to enable people to spend their free time productively and entertainingly, to raise their spirits by winning competitions, and to ensure that they spend their time earning money, not in vain.

1. The idea we are considering is being developed by broader competitors
2. Legal problems
3. Theft and License Infringement 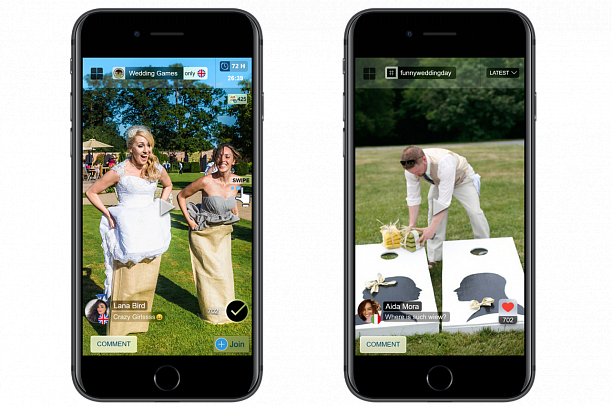 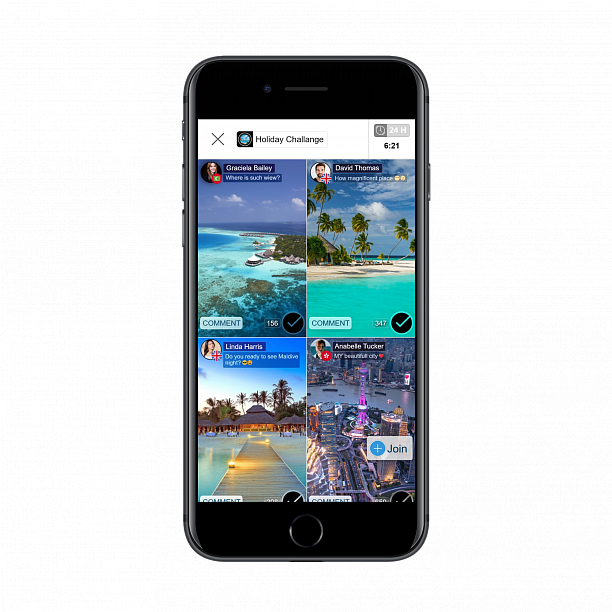 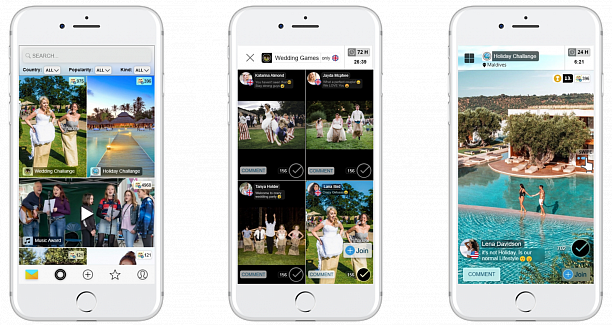 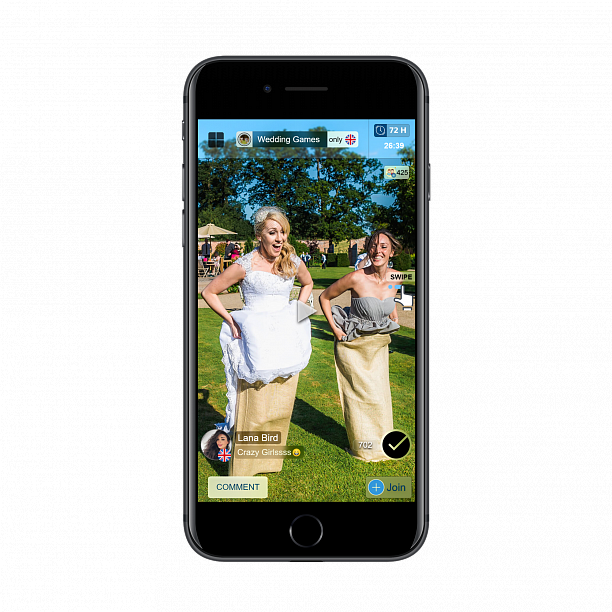 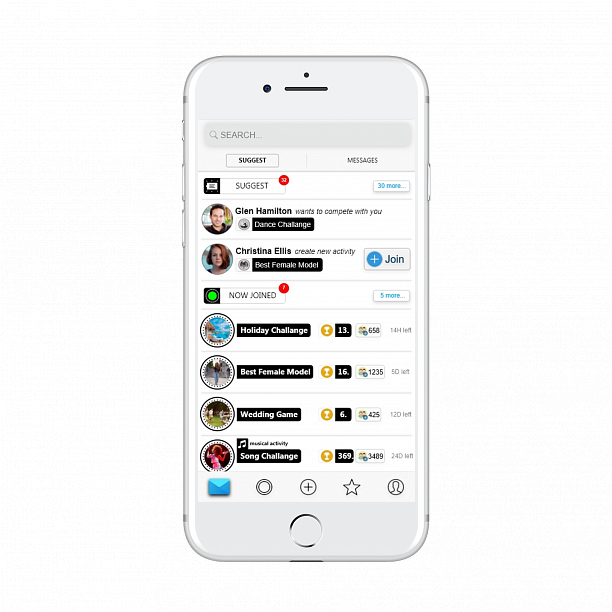